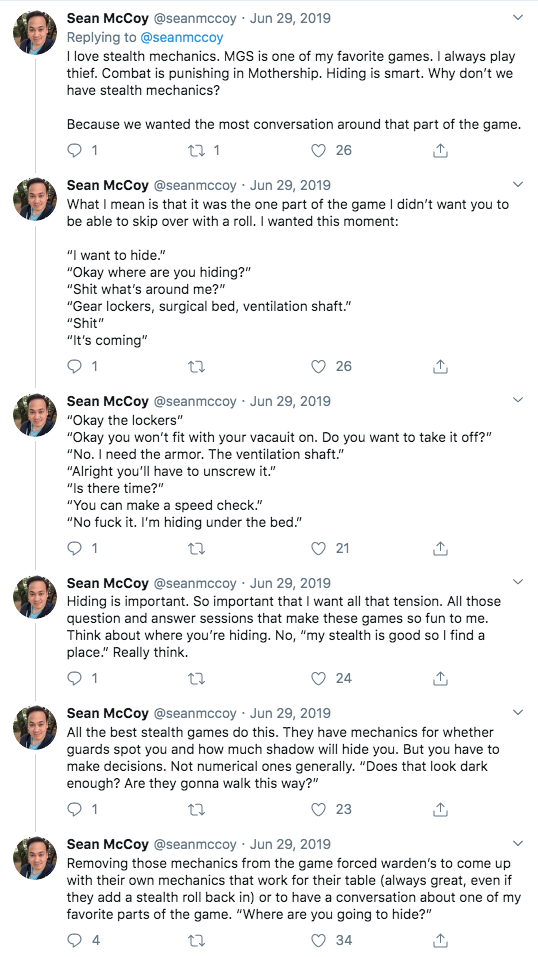 The full thread is here; also listen to his fantastic interview on the Mud & Blood podcast episode 71.
In conclusion, ‘stealth’ is not a verb, but if you want to use it that way, you might think about what you are losing from your game when you do so.
on February 15, 2020
Email ThisBlogThis!Share to TwitterShare to FacebookShare to Pinterest